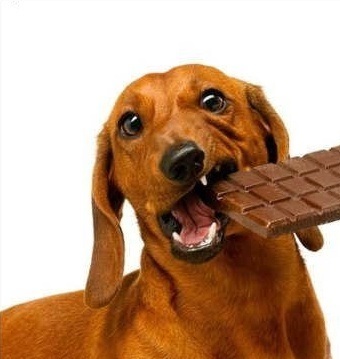 Even with patient and diligent training, your puppy may be showing behaviors that you don’t want him to. Destructive and aggressive behaviors shown by your dog may worry you, but keep in mind that your dog is doing what is natural to him. He needs to be taught which behaviors are acceptable and which ones are not. Below are a few of the most common behavior problems among pet dogs, and some steps you can take to address them.

Dog Aggression: Behaviors like barking, growling, snarling and even biting can all fall under the umbrella of canine aggression. In most cases your dog shows these behaviors because he feels threatened or is in pain. You shouldn’t punish your dog by yelling or striking him in response to these behaviors as this will just frighten him more. Instead, try the following solutions:

Dog Chewing: If you’ve had a pair of shoes ruined by bite marks, you know that your dog’s chewing can be more than an annoyance. In most cases your dog isn’t chewing out of malice. Usually he’s just bored.  By giving your dog some stimulation while you’re out of the house you’ll give him something else to focus on. This can mean turning on the TV or radio, giving him other toys to chew on, or even taking him out on more walks so he doesn’t have all that pent up energy to use on destructive behaviors. If you do catch him in the act, say “no” in a firm but not angry voice. Wait a few minutes before you interact with him again or he may think he’s being rewarded for chewing.

Dog Digging: Like chewing, digging is an activity your dog may engage in because he’s bored or has too much pent up energy. He may also be trying to bury something in your garden, or perhaps even in your couch! In this scenario the best offense is a good defense. If you have gardens you want your dog to stay away from, fence them off so he can’t get at them. Teach him the “off” command so he’ll get off furniture if you notice him digging. Finally, take him on some nice long walks to work off that extra energy so he won’t spend it on digging.

Dog Barking: You shouldn’t be surprised if your dog barks. After all, barking is the sound that he’s supposed to make! If your dog is barking enough that it’s interrupting your life (and affecting your relationship with your neighbors), take a minute to look at some of the reasons your dog may be barking.

Dog Nipping: Dogs and puppies may nip and bite at you. This may be painless and even cute when they’re small, but if they learn that biting is okay to do then it can cause some big problems when they grow up. Teach your dog early on that nipping is not a good way to get your attention. When he nips you, say “no.” When he stops, praise him. If he keeps going, leave the room.

Your dog may be nipping you because he’s scared of something. If you can figure out what it is he’s scared of, try introducing him to it in a fun way. For example, if he nips at you when you try to brush him, spend some time playing together with the brush so that he can see it as something that he shouldn’t be afraid of.

Nipping can be a sign of aggression. If the two of you play games like tug of war together, you’re encouraging aggressive behavior. It’s best to stop all of those kinds of games until you’re confident he’s learned that nipping is not acceptable.

Finally, your dog may be nipping at you because he’s in pain. If you think this may be the case, it’s wise to bring him to the vet.

These are just a few of the behavior problems your dog may be showing. If he continues these behaviors after your best attempt at correcting them, it might be time to get in touch with a professional trainer. A trainer’s experience can be invaluable when it comes to teaching your dog what is and isn’t acceptable.