The Frequently-asked Questions in Feeding Puppies 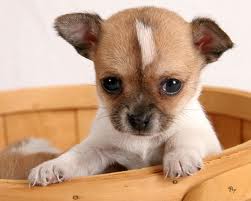 Puppies, as they grow, require a lot of food, that is why they eat a lot and often. He eats two to four times as much as his mommy or daddy to grow big like them. So here, we answer your common queries in feeding your pups.

What kind of food do I feed them?

Puppy food should generally be high in protein and with lots of vitamins, minerals and fat essentials to support his growing body. For bigger puppies, large-breed puppy formulas are also available. This helps to grow at a rate gradual enough for them to develop strong bones and joints. Small-breed formulas provide concentrated nutrition in small, bite-size kibbles enough to meet a smaller puppy’s needs. But if you’re in the middle, we also have medium-breed formulas. Confused on where your buds belong? It’s not a problem at all.

How much do I feed them?

Puppies, with their small body frame, do not require a bulk of food to be served for them, or else they’ll look like walking balloons. When feeding them, take note that you should be able to feel but not see their ribs, and they should have a visible waist when you look down at them. This applies to all breeds. Adjust amount served depending on your puppy’s appetite and condition.

When should I feed them? To monitor his growth, take note of this: When his weight doubles from his birth weight, a puppy should gain one to two grams per pound of anticipated adult weight each day. This means that if your German Shepherd puppy weighs 75 pounds as an adult, he should gain three to five ounces per day as a puppy.

What Dogs Should and Shouldn’t Eat
Randall August 4, 2019

Why You Shouldn’t Feed Your Buddy With Some Skin From A Turkey
Randall July 31, 2019

Going Grain-Free For Your Doggy

What Dogs Should and Shouldn’t Eat