What If Your Dog Does Not Stop Barking 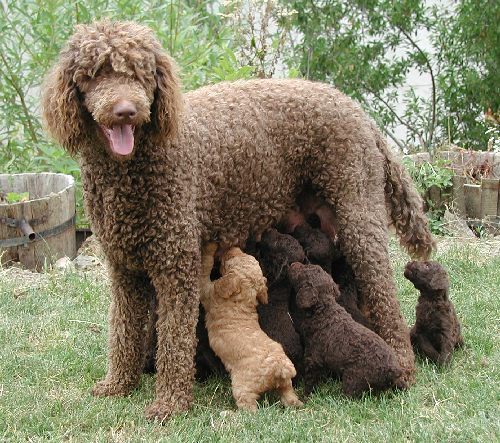 Dog-barking may be the apple of discord between neighbours. Barking mad dogs and their owners create much inconvenience in the neighborhood concerns. That barking is annoying, we all know, but why dogs bark anyway? And what is there to do?

Dogs instead of language, vocal variety is their way to communicate. Barking is one example: it is essentially a way for a dog to warn. Dogs barks in general for the following reasons:

It is quite normal that your dog barks occasionally. Your dog must however be encouraged to bark at the right time. For example, to scare burglars. Nuisance barking is something else than barking like a dog normally.

There are usually several reasons why annoying barking occurs. If your dog is trapped behind an obstacle such as a fence, so he can not see and he is irritated by something, then it is appropriate to bark. Similar to the frustration of an obstacle, your dog would bark when he looks behind the window at people coming by walk. Anxiety  caused by isolation and separation are probably the main reasons why dogs bark unusually.

Most dogs that bark at inappropriate times are rewarded for their excessive barking by:

To stop excessive barking, it is very important that this behavior is  certainly never rewarded. But what should you do?

Admonish : Your dog must know that his behavior is not wanted. You can use short commands such as “shame,” “Silent” or “Stop” to your problem barker. Make sure you have the attention of your dog before the command. It is also important that he stops barking when you say the command, so you can drag him away from what caused his barking while you repeat the command.

Taking into account the environment of your dog: Things like loud action movies drive him to to bark. Soothing environments help your dog relax and make sure he does not even slightlybarks.

Ignore : If a young dog is barking due to separation anxiety ignore him until he stops barking. Go to him when he is quiet and give him a compliment. This ensures that he learns that he should not bark.If you go to him when he barks he puts the link between the bark with your presence.

A Solution in No Time
Avoid Aggressive Dog Behavior